Social justice is how I came to ministry. I consulted personally and professionally to create a legal path for marriage equality – both locally and nationwide. My own family served as media public spokespeople while I labored on numerous campaigns. Our family has been named in legal cases and in numerous print and television advocacy pieces for over two decades. I filled the plaintiff group for the ACLU’s case that went to the 7th U.S. Federal District and was later used in the U.S. Supreme Court Case. I played a significant role in ensuring all people can marry both in Wisconsin and in supporting nationwide marriage equality. This gives me public relations, strategy and advocacy experience I bring to the current issues of the day as I represent congregations.

Additionally, I have coordinated LGBTQ, anti-racism, and healthcare rights efforts with local faith groups. During the projects leading to marriage equality, I began consciously seeking my next step: a path that would allow me to go deeper with the advocacy work I had already been doing. I look forward to not just helping our congregations do public witness on big issues but also, how do we make peace right in our neighborhoods? Can we rake leaves and shovel snow together? Can we paint murals and help beautify the places we live? Are we able to make family supportive nights for people with children in our congregations? Can we feed the hungry both in their bellies and in their spirits? Let us illustrate Unitarian Universalist values together. 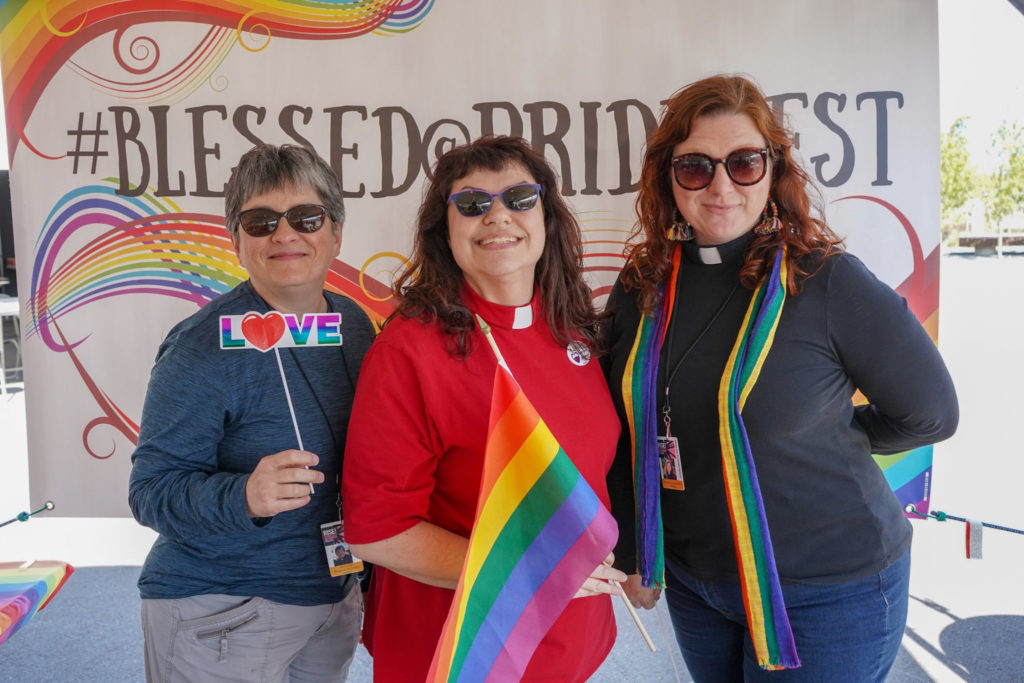 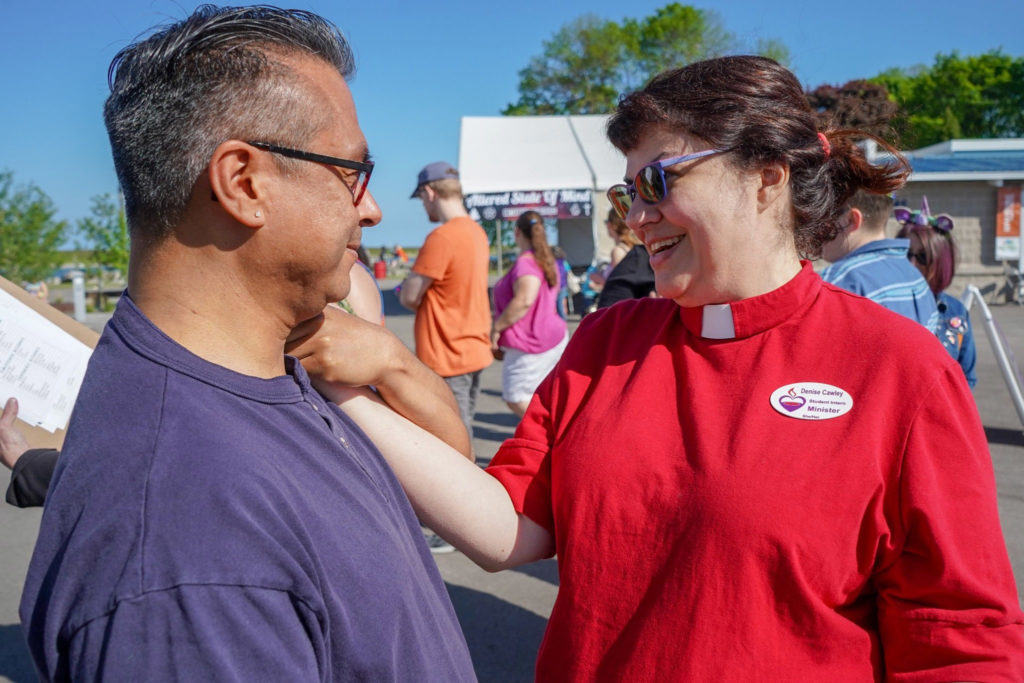 I feel that Rev. D. went beyond what was required by her as our minister. We all needed extra comfort because of the pandemic in addition to social unrest nationwide and literally in our back yard in downtown Portland. Her courage in addressing these sensitive issues in her sermons, vigils, and healing rituals was uplifting and comforting. 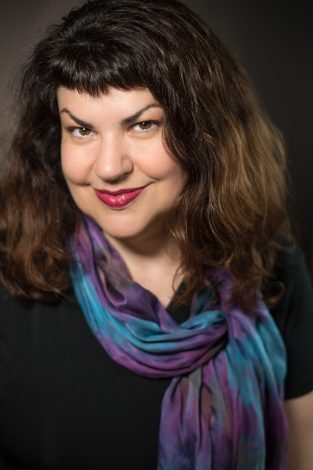 I sense in RevD a serious effort to review where UUCW is at this challenging point, coming out of a pandemic and with budget challenges. She is taking full advantage of her brief time as full-time minister to triage major tasks, envision new and creative ways to engage church members, and prioritize future developments within a tough budget forecast
Anne Deahl,Engagement & Membership Chair, UUCW Brookfield
I am enjoying your mix of humanistic, esoteric, and practical spirituality. You are so good at encouraging and motivating parishioners to step up. Thanks for the nudge.
Jude ChristensenLay Pastoral Care
Rev. Denise has strong planning skills. We were able to plan many weeks in advance which gave me time to be successful planning RE lessons and to find suggestions for TFAA. Rev. Denise made time for me. I appreciate the time she spent collaborating with me.
Christine HindererRE Coordinatior, UUCCWC Hillsboro, OR
Denise goes out of her way to include material sources from marginalized people (disabled, people of color, LGBTQ+, poor, immigrants and more) to remind us of our opportunities to welcome all.
Katie Traxelo-chair Internship Committee, Finance Committee, Bradford Community Church Unitarian Universalist, Kenosha, WI
I see Denise as a thought leader in a larger congregation. She holds the big picture, has a great handle on the mission and can raise positive energy.
Carolyn FeldtBoard of Trustees, Finance Director, Bradford Community Church Unitarian Universalist, Kenosha, WI
Denise’s extensive network and relations with other faith leaders and community activists, brings a voice of authenticity to discussions of issues within our faith and the wider world.
Jennifer BurnsCo-chair Internship Committee, Worship Arts, Bradford Community Church Unitarian Universalist, Kenosha, WI
Cheerleader Denise provides inspiration, energy and power to help us achieve ends in our strategic plan
Katie TraxelCo-chair Internship Committee, Finance Committee, Bradford Community Church Unitarian Universalist, Kenosha, WI