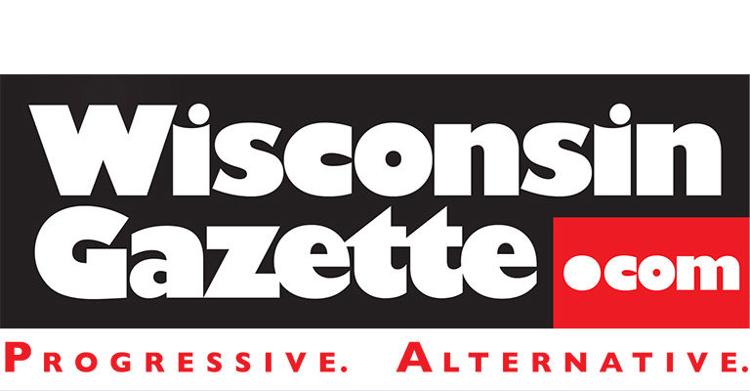 Denise’s story, like many of ours, began with a challenging journey to acceptance. Through this journey, Denise found her voice. Since then, she’s spent a great deal of time making sure that others like her have a safe place to be themselves.

Denise was part of the original group that formed the Milwaukee’s LGBT Community Center. Last year, when the center came upon difficult times, she again stepped forward. She has been a critical contributor to the center’s stabilization and resurgence.

“Denise has been instrumental in the revitalization of the center by generously using her expertise in branding, social media and messaging to ensure the community was aware of and a part of the center’s resurgence,” said the center’s board co-president Paul Williams. “Frankly, we could not be successful in reconnecting the community to the center without the countless hours she is putting into the effort.”

Some of you may also have seen Denise’s visionary work in the successful roll out of the Cream City Foundation’s recent rebranding efforts and logo redesign. “Denise holds so much institutional knowledge in our community and has been at the forefront of solutions to many issues not only in our community, but in all of civil society in Milwaukee,” said foundation president and CEO Paul Fairchild. “She is a delight to work with, and is a woman who gets things done.”

One of Denise’s proudest titles is “mom.” When she isn’t working for the community, Denise can be found at home with her partner Anne and their 6-year-old son Aidan. Recently my husband and I spent the weekend with Denise and her family in the Wisconsin Dells as part of Wisconsin’s Rainbow Families group. During the weekend I learned that Denise and Anne have been a model same-sex-headed family, working with the media to show that LGBT families are in most ways like any other – except maybe just a little more fabulous.

Denise was also instrumental in Equality Wisconsin’s successful “Be OUTspoken” campaign to get out the vote. As the talent behind Circore Creative and Pizzazz Studios, Denise helped develop the campaign strategy and directed the social media. With her help, the campaign won national praise and recognition for thinking outside of the box.

For all that Denise has done, and will continue to do, Wisconsin’s LGBT community owes her a debt of gratitude. Please join me in thanking her for boldly standing up, speaking out, and creating positive change in Wisconsin.

PrevWisconsin billboard campaign increases awareness of lesbian and gay neighbors
Gay In America: A RoundtableNext
I sense in RevD a serious effort to review where UUCW is at this challenging point, coming out of a pandemic and with budget challenges. She is taking full advantage of her brief time as full-time minister to triage major tasks, envision new and creative ways to engage church members, and prioritize future developments within a tough budget forecast
Anne Deahl,Engagement & Membership Chair, UUCW Brookfield
I am enjoying your mix of humanistic, esoteric, and practical spirituality. You are so good at encouraging and motivating parishioners to step up. Thanks for the nudge.
Jude ChristensenLay Pastoral Care
Rev. Denise has strong planning skills. We were able to plan many weeks in advance which gave me time to be successful planning RE lessons and to find suggestions for TFAA. Rev. Denise made time for me. I appreciate the time she spent collaborating with me.
Christine HindererRE Coordinatior, UUCCWC Hillsboro, OR
Denise goes out of her way to include material sources from marginalized people (disabled, people of color, LGBTQ+, poor, immigrants and more) to remind us of our opportunities to welcome all.
Katie Traxelo-chair Internship Committee, Finance Committee, Bradford Community Church Unitarian Universalist, Kenosha, WI
I see Denise as a thought leader in a larger congregation. She holds the big picture, has a great handle on the mission and can raise positive energy.
Carolyn FeldtBoard of Trustees, Finance Director, Bradford Community Church Unitarian Universalist, Kenosha, WI
Denise’s extensive network and relations with other faith leaders and community activists, brings a voice of authenticity to discussions of issues within our faith and the wider world.
Jennifer BurnsCo-chair Internship Committee, Worship Arts, Bradford Community Church Unitarian Universalist, Kenosha, WI
Cheerleader Denise provides inspiration, energy and power to help us achieve ends in our strategic plan
Katie TraxelCo-chair Internship Committee, Finance Committee, Bradford Community Church Unitarian Universalist, Kenosha, WI